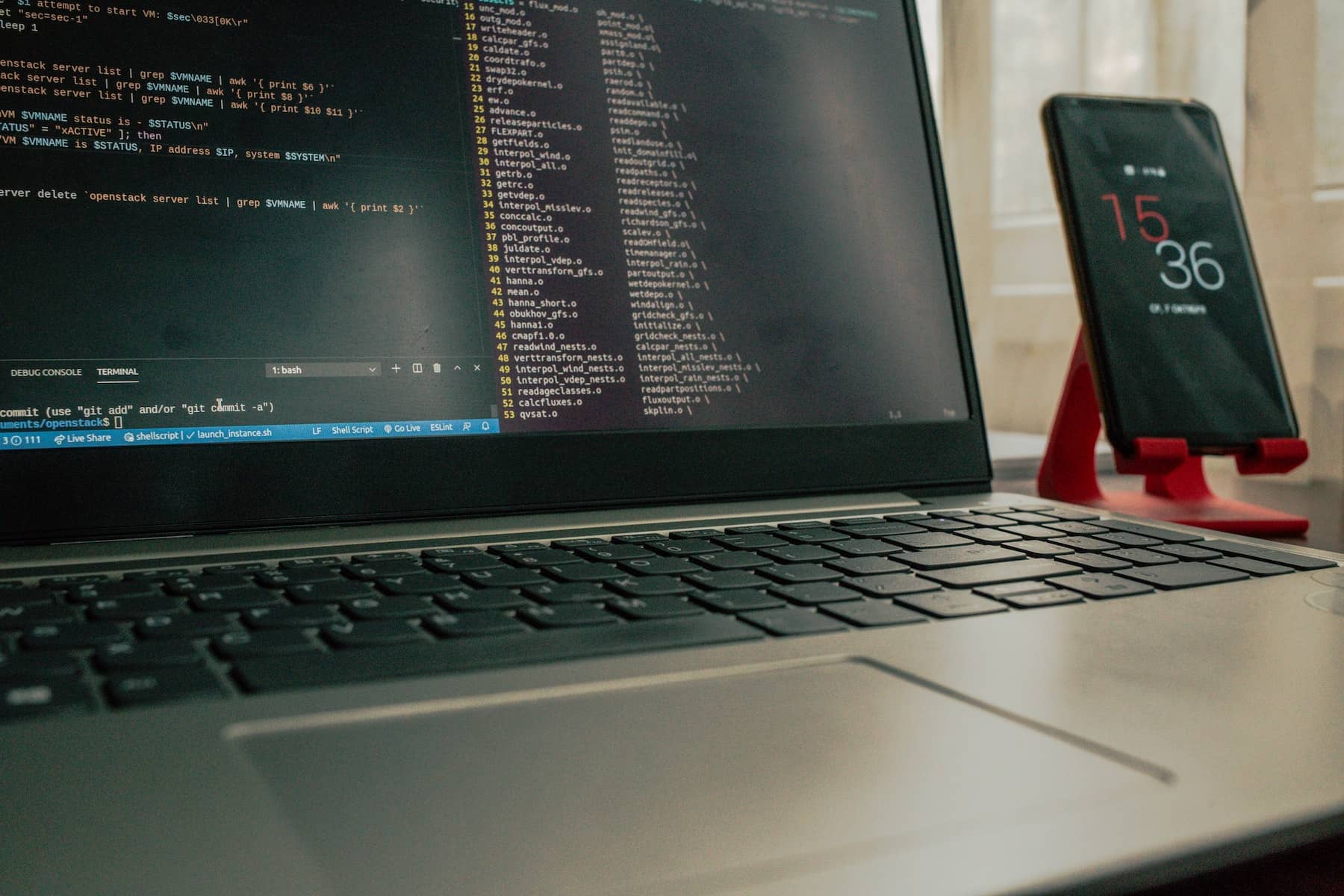 Celebrating 30 years of Linux - is 2021 finally the year of the Linux desktop?

Linux was born 30 years ago.

I can’t stand sharing some of the well-known facts about Linux - as these are listed on wikipedia - and knowing these incredible achievements, we’re still, and even more wondering why it has not yet conquered desktops. Let’s investigate how it could (not) happen, below the picture, as I evaluate the situation with my 27 years of Linux user experience.

Linux is the leading operating system on servers (over 96.4% of the top 1 million web servers' operating systems are Linux),[29] leads other big iron systems such as mainframe computers, and is the only OS used on TOP500supercomputers (since November 2017, having gradually eliminated all competitors).[30][31][32]

I started to use Linux just three years later. The first machine where I installed Linux was an i486 box with 8 MB (not GB!) of RAM. I brought Linux home on floppy disks and did not install a graphical user interface (GUI). Next I installed Linux on an i386 box with 16 MB of RAM, an unbelievably large RAM size at that time. I made my first steps with a GUI on Linux there. I used the FVWM2 window manager on top of X11 and ran Netscape Navigator to browse the web.

Let us go back to the previous sentence for a bit, as it helps to understand in part why Linux failed on the desktop. Linux follows the UNIX legacy on the desktop. What it means, that there is X11 that provides you with a graphical environment: access to your screen, keyboard and mouse. On top of it runs a window manager, which helps you to move, resize, iconify or otherwise manage the windows of your graphical applications. There are many different window managers. I used FVWM2, TWM among others in the early years, and just for fun also FVWM95: a window manager looking similar to the Windows 95 user interface. Without common toolkits all applications looked and behaved slightly differently.

I started my career in Linux using the Slackware Linux distribution. Later I switched to Red Hat Linux, Debian and Jurix before ending up using S.u.S.E. Linux, the ancestor of openSUSE, the distribution I currently use. All of these have a completely different installation process, initial configuration, and so on. Some Linux distributions contain always the latest and greatest software versions, others are focusing on extreme stability and feel already outdated when released.

# Where were the desktop users?

The short answer: everywhere, they were just using Windows. Many of them did not even hear about Linux or the Internet. Even those who read about Linux in a printed IT magazine, did not have a chance to try Linux due to lack of Internet access. This changed later with the advent of CD drives and the free CDs bundled with IT magazines.

I was lucky: I just started university, it had Internet access, I joined the student IT group of the faculty, I had easy access to computers both at home and at the university. And most important of all: I love experimenting and playing with technologies. I have Linux running as my primary desktop OS since 1995. So, it is possible.

However I belong to a small minority. Most people do not like learning. And when they finally spend some time on learning, they want to use that knowledge forever. Once they learned how their computer works, they are confused if a window title has a different color, or the order of icons in the top menu changed. Now think back for a moment what I wrote until now:

These two cause the most visible differences, but they are just the tip of the iceberg. Just think about Linux distributions. What are distributions: a Linux kernel and some applications integrated around it. Often even the same window manager looks different and behaves in a different way on another distribution. What is more: there can be major changes when you upgrade to the next version of the same distribution.

Most of the Linux distributions have a one year life span and then the users are advised to upgrade. If they keep using it, they are left without security updates and bug fixes. There are distributions with longer life times, but then comes another problem: they might be difficult or impossible to install on a new computer. I had to switch from openSUSE to Fedora temporarily for a few months when I got my last two laptops. These large changes on the desktop can be avoided when someone uses a rolling distribution. They are constantly updated, which means that there are no jumps, but there are small changes all the time.

Comparing it to Windows: you can have the same look and feel for a decade. And except for Windows 8, the main concept of the Windows desktop is the same from Windows 95 until today.

Most users do not like choices, and changes even less. With Linux distributions and various window managers they receive an endless amount of choices and changes. I love it from day one, just as many developers. But do we wonder that Linux is running only about two percent of desktops?

Of course there were always new technologies in Linux, when people thought that the year of the Linux desktop would really arrive next year. Just a few of those WOW moments:

* KDE and GNOME are not just simply window managers but desktop environments, with many applications developed just for them and bringing a common look and feel also to most of the other applications.

* for Windows Vista most people had to buy a new computer, while old computers could run a full Linux desktop easily

* games running either natively or through emulation

While Linux users were complaining that desktop users do not switch to Linux, the server world was taken over by Linux. The vast majority of web servers are running Linux. All computers in the Top500 supercomputer list. It is the most used operating system by developers.

# Well, actually almost a decade ago

While we fought the KDE vs. XFCE vs. etc. wars, Linux silently became one of the most popular desktop OS -- under the hood. Android, Jolla, or ChromeOS all run on top of a Linux kernel. Even without knowing, hundreds of millions of people run Linux on their mobile, tablet or laptop. While Jolla looked very promising, it never really took off. However Android has a well over 80% market share for mobile devices and during the pandemic ChromeOS took over the second place from MacOS after Windows.

How is it possible? While a traditional Linux desktop has way too many choices and regular changes, these Linux-based operating systems have a single user interface which stays relatively stable over the years. Of course there are some minimal variations when you switch to a different hardware brand running them, but it is not a problem for most users. This is why the traditional Linux desktop is a failure among regular desktop users, but Android, ChromeOS and even Jolla works perfectly well for the average Joe.

# Linux on other desktops

As I mentioned earlier, developers love using Linux. This is one of the reasons Microsoft made Linux available in the terminal window in Windows 10. It is called Windows Subsystem for Linux or WSL. Originally it was made available with Ubuntu, but now all major Linux distributions are supported. I wrote a few scripts on Linux to help maintain my photo archive. Now I use the same script on Windows with the help of WSL. Not tested yet, but WSL2 in Windows 11 also enables you to run graphical Linux applications.

Just like Android, ChromeOS by default hides its Linux origins from the user. However ChromeOS recently introduced Linux Mode. It is not enabled by default. It can be turned on under Settings -> Advanced -> Developers. As you can guess, the intended target group of this feature are developers, just like for WSL.

Up to half a decade ago when you looked around at a Linux conference, most people were using a ThinkPad. Fast forward just two years and the scene is completely different. Many of the laptops are made by Apple. With a bit of cheating, Docker Desktop or Podman make Linux available on Mac desktops.

As you can see, even after thirty years, the traditional Linux desktop did not take over the world. However, even without knowing, the majority of people are using Linux-based operating systems somehow. And in recent years Linux conquered the desktop of developers on other operating systems. So, even if it failed in one way, it took over the World in another way! 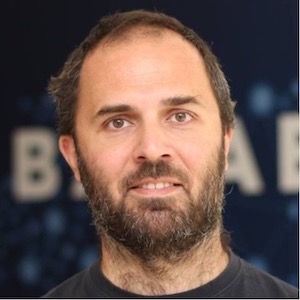 Peter Czanik is an engineer working as an open source evangelist at One Identity (a Quest Software business), the company that acquired Balabit, developer of syslog-ng. He assists distributions to maintain the syslog-ng package, follows bug trackers, helps users and talks regularly about sudo and syslog-ng at conferences (SCALE, All Things Open, FOSDEM, LOADays, and others). In his limited free time he is interested in non-x86 architectures, and works on one of his PPC or ARM machines.

Let’s have a meaningful conversation!